You are here: Home / Reader Submission / Media Bias: A Leadership Barrier For Women 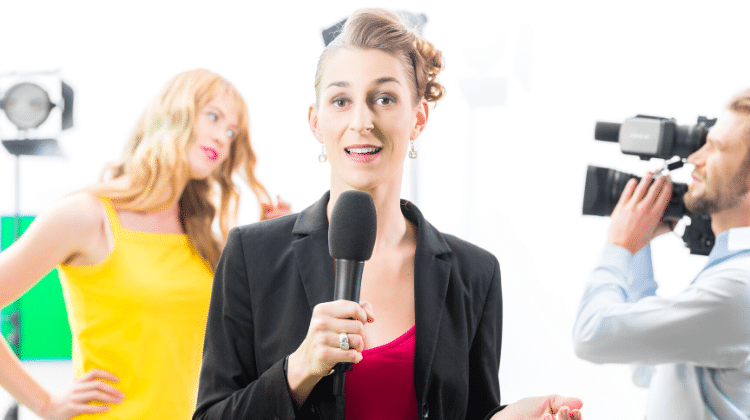 In this day and age, we absorb media constantly, and the messages it gives us skew our worldview and perceptions of important topics. As I’ve gotten older and more observant of media messages, I’ve noticed distinct trends in how the media talks about leaders.

I believe the media we consume has a direct impact on how we’re viewing our leaders and their leadership styles (i.e., whether or not they’re considered “transformational” or “successful”, etc.).

What is Media Bias?

The sexism towards female leaders is also common and clear in modern American media. When female leaders are discussed, there is a clear discrepancy in how they’re portrayed versus how their male counterparts are portrayed.

For example, women receive less airtime, and even when they get it, they’re often picked apart for their outfit choices over their views on issues. Women leaders are judged significantly more on their family status than men are, as well.

What are the Effects on Female Leaders?

How someone is talked about and what aspects about them are focused on, in turn, influences others’ perceptions of them. When people think of successful leadership, the characteristics that come to mind are strong, level-headed, passionate, persuasive, etc. However, there is a clear misguided view when women take on these characteristics that they become emotional, bitchy, cold, etc.

The media is skewing their consumers’ views on female leaders by representing them in this way, but even worse, it’s affecting how women leaders are viewing themselves. When women are exposed to media images of women in stereotypical roles, they’re less likely to want to pursue leadership roles themselves. Seeing leaders that one can relate to is vital in the success of creating good leaders and the research lays that out.

The biggest change that can be made in the media is giving more women a spot at the table and actually listening to them. The “point/counter” or “roundtable” techniques can be highly effective in allowing more women to represent themselves or speak up for others.

However, there also has to be a change in how we, as consumers, view media and not allowing it to skew our own opinions or perspectives. One of the biggest ways to do this is to take the time to get other perspectives from different outlets and sources. This makes it easier to spot the false representations.

This kind of bias is so inherent in our society that it’s unconscious sometimes, too. Be diligent in finding the truth and listening to individual leaders for who they are and not who they’re made out to be by others.

Tori Schrantz is the Communications and Development Manager for Make-A-Wish North Dakota.