You are here: Home / Archives for business emergency fund 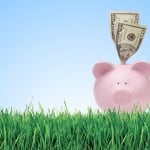 According to a recent Bankrate survey, only half of Americans reported that they have enough money to cover an unexpected expense. However, when the data is divided by gender, men appear to be more financially prepared in an emergency than women. In 2013, about 47% of women reported having an emergency fund, whereas 62% of men indicated they have a fund to cover unexpected … END_OF_DOCUMENT_TOKEN_TO_BE_REPLACED