Those years from 1990 through 2009 brought great things to women in the workforce. During that time, women-owned companies grew by 28%, which was 3-times more than all privately held businesses. However, only 9% of women were successful in getting angel capital funding. Gender gaps in business were still far from disappearing.

Subscribe to Women on Business or follow us on Twitter, so you don’t miss Day 2 and Day 1 in the Countdown to Equal Pay Day. Please share these statistics with your own audiences, so more people become aware of how much work must still be done to achieve equal pay for equal work.

Click the image to view it at full size. 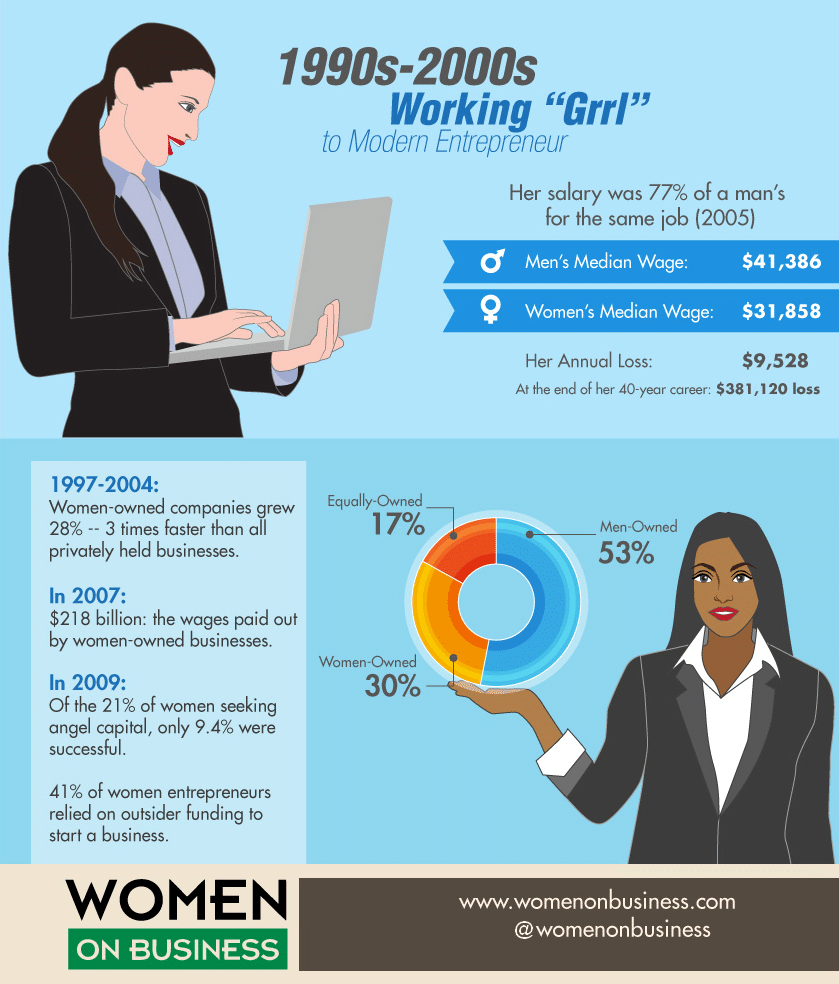